Future technologies to keep an eye on 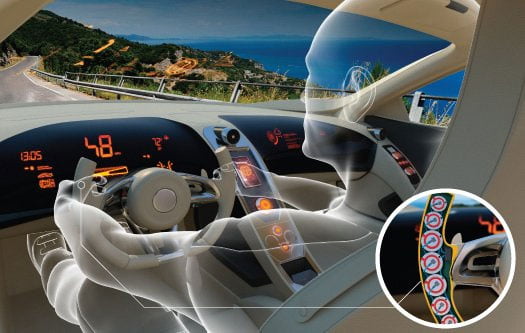 If Darwin were a technocrat centuries from now, he would likely pen an eBook titled “On the Origin of our Robot Overlords”. He would probably outline how human survival depended on adapting to technology, ultimately joining and integrating with the automata before the organic cleansing of 2052.

Thankfully, keeping an eye on future technologies isn’t a matter of life and death just yet. But it can help you prepare for new technologies that will have a significant effect on your life – both at home and in the workplace.

Here are a few key technologies that are likely to play a large role defining the future:

Even though it’s heralded as one of the biggest technology flops of the last decade , Google glass took an important step in bringing augmented reality into the mainstream. Future technologies are undoubtedly going to continue making fully integrated augmented a reality, adjusting methods as we learn from each failure. Microsoft’s Hololens and Samsung’s smart contact lenses are two great examples of this, as each has addressed a separate issue consumers had with Google glass. While still being headgear, The Hololens is positioned as a tool for productivity and for enhancing individual experiences. It does this by superimposing holograms over your environment that you can interact with, providing immersive elements to everything from design and prototyping, to telepresence, gaming and even conducting business.

But augmented reality goes far beyond wearable technology, especially when it comes to modifying or enhancing the human body to change how the world is experienced in our daily lives without requiring unsightly headgear. Samsung’s smart contact lens promises just that, as users will be able to enjoy the benefits of augmented reality far more discreetly. The lenses have a built-in camera and work in conjunction with your smartphone, which receives and processes the data. While the smart lens is little more than a patent at this stage, it signals a key development in the world of augmented reality technology.

No talk of future technologies would be complete without mention of 3D printing. But considering 3D printers are available for private use and are already being used for a wide range of artistic, medical, and industrial purposes, it’s hardly fair to call it a future technology. This is where molecular 3D printing comes in. Still in its infancy, molecular 3D printing involves combining chemicals at a basic level to create more complex molecules. REVOLUTION Medicines, based in California, has already developed molecular printing technology, and is investing considerably in its development. Their molecular printing machine works by breaking down complex molecules into their basic parts and then rearranging them to create new molecules, as well as successfully releasing the by-products of these chemical reactions.

According to Martin D. Burke, Medical doctor and founder of the company, “The vision for the future is that anyone who needs a specific small molecule can essentially print it out from their computer. We are really excited about the immediate impacts that this will have on drug discovery.”

Autonomous technology is already changing the way we live and function in the workplace, and will likely be a defining feature of our future technological landscape. Autonomous cars are a particularly well-known example, with numerous semi-autonomous vehicles already available on the market. There has also been much speculation that Tesla’s upcoming Model 3 will be the first ever fully autonomous driving vehicle available to the public. But there is more to autonomous future technologies than simple convenience – especially when it comes to research and exploration of areas so inhospitable that GPS and radio frequency signals do not work. An autonomous underwater vehicle known as Icefin is a great example, as it’s already helped researchers explore the murky waters deep beneath the Ross Ice Shelf in Antarctica. This kind of real-world application has the added benefit of providing opportunities to test and develop new forms of autonomous technology that are applicable in a wide range of professional and private environments.

Autonomous technology has also made its way into the world of network management, evolving company networks into smarter, self-regulating, and more autonomous systems. As this technology develops and is implemented on a broad scale, the way you manage your network will fundamentally change. This means you’ll need a great network monitoring system to see you through, and provide the best visibility to ensure all automated processes are running as they should. Download our free guide to Network Capacity to learn more.