The History of the Internet Protocol: Looking back at IPv4 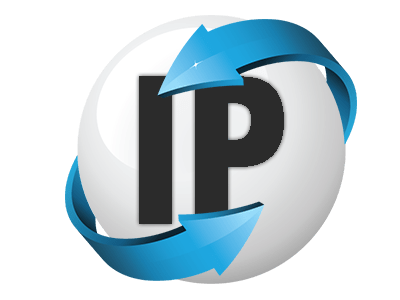 It’s an interesting time in the life of the humble Internet Protocol (IP). While the internet seemed to be collectively crying wolf over the state of IPv4 exhaustion during the last two years, it seems that the panic is slowly but surely dying down. Considering the fact that 2016 started with four of the five Regional Internet Registries (RIRs) having completely run out of IPv4 address blocks, and the increasingly real presence of Internet of Things (IoT) devices demanding IPv6 connectivity, if there was ever a time for panic, it would be now.

But that isn’t to say there’s no light at the end of the tunnel: as we mentioned in the infographic we published at the beginning of the year, IPv6 adoption rates are increasing all the time, and, while 2016 might not be “the year of IPv6”, it’s certainly shaping up to be a turning point in the IPv4/v6 struggle.

The history of the Internet Protocol says a lot about its future.

IPv4 has been with us for a long time. Its limitations with respect to today’s internet are well-documented all around the web, but check out our previous blog on the topic for more information. What’s more interesting, though, is IPv4’s resilience over the past thirty-seven years. Even though IPv4 is hopelessly inadequate in many ways, like security and addressing space, that hasn’t stopped it from remaining the internet’s most widely used protocol since its inception – notwithstanding the fact that the number of internet users worldwide grew from 16 million in 1995 to 3.3 billion by the end of 2015.

This wouldn’t be possible without additional technologies like Network Address Translation and dual-stack Internet Protocol services, but the fact remains that IPv4 still serves as the web’s backbone protocol. So, what does that mean for the future of IPv4 and IPv6?

IPv4 and IPv6 are bound to coexist for the foreseeable future.

Even though IPv6 is being rolled out across many networks and devices are being assigned IPv6 addresses, it doesn’t necessarily mean they’ll be able to access the full extent of the IPv6 internet. If the ISP or enterprise network that the device connects to doesn’t support IPv6, it will still be impossible to reach the address. Solutions to this problem are available, such as the Internet Engineering Task Force’s (IETF) ‘Happy Eyeballs’ algorithm, which detects both IPv4 and IPv6 addresses and uses whichever option performs best. This doesn’t solve the problem in the long term, but it’s a stopgap that might make IPv6 adoption smoother.

If IPv4’s history is anything to go by, though, this could also disincentivise ISPs and enterprise networks from making the shift outright.

Where to from here?

Given the history of IPv4 and the nearly 20-year lag in IPv6 adoption, it wouldn’t be wise to make any hard and fast predictions about the future of the Internet Protocol. However, there’s currently a major incentive for networks to shift to IPv6 – the imminent explosion of the Internet of Things and the ongoing mobile device revolution. Gartner predicts a total of over 20 billion devices online by 2020, which will render IPv4 and dual-stack technologies inadequate to service the internet of the near-future’s needs. Even if IPv4 remains in use for the foreseeable future, its days as the internet’s backbone are limited.

To find out more about the history of the Internet Protocol, check out and download our infographic here