Why your network needs more than just an Intrusion Prevention System 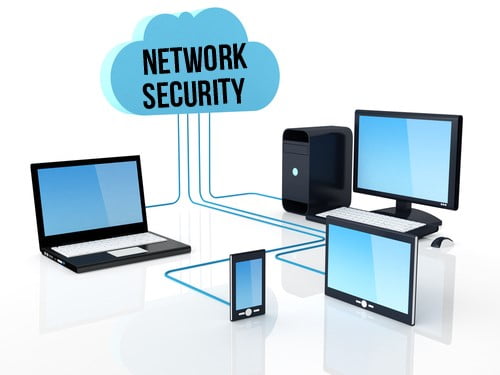 Network security is a pressing concern for enterprises today, to say the least. Over  the past few years, it’s become clear that it doesn’t matter how much of your IT budget is spent on locking down the security on your network: no organisation or individual is safe from being hacked and having their sensitive personal data made public. In this context, it’s necessary for SMEs and large corporates alike to re-evaluate their take on network security, and take a more proactive stance on Intrusion Prevention Systems (IPS) and network monitoring. In this blog, we’ll look at what the modern network manager needs to take into account when it comes to monitoring an enterprise network environment and keeping it as safe as possible in a time of unprecedented digital threats.

How do Intrusion Prevention and Detection Systems protect your network?

With the exception of the way threats are handled once they have been identified, Intrusion Prevention Systems and Intrusion Detection Systems work in a similar way: whenever traffic passes through the network, the system compares it to patterns in existing databases of threats or exploits, known as ‘signatures’. If the traffic matches one of the patterns found in an exploit, it is flagged and dealt with accordingly – by alerting a network administrator in the case of Detection, and blocking or dropping the connection in the case of Prevention. As such, Intrusion Detection Systems are external to the network and simply ‘observe’ traffic as it passes through, while Intrusion Prevention Systems are situated directly in the line of network traffic and have the ability to deny any suspicious connections entry into the network.

The limitations of Intrusion Prevention Systems

While Intrusion Prevention Systems provide a solid line of defense against malicious traffic, it’s important to be aware of their limitations and where they may still leave your network vulnerable. First and foremost, an Intrusion Prevention System relies on a database of known threats. Without patching in the most up-to-date version of the database, you could still be vulnerable to any number of threats that haven’t yet been added to the list. Secondly, even the most up-to-date and comprehensive database might not include every possible threat you could face. Network administrators would be wise to augment their Intrusion Prevention System with a comprehensive Network Management and Monitoring Software solution in order to keep an eye on any suspicious activity that flies under the radar of your IPS. Some network monitoring solutions provide more in-depth data than others, but it’s crucial to strike a balance between visibility into your environment and the amount of strain placed on your hardware.

IRIS provides a uniquely lightweight, yet comprehensive Network Management Software Solution. While it’s capable of reporting on any metric you could need and can be customised to alert you to specific network events, it’s designed to be light on networking resources, meaning you get the best in network protection without compromising on performance. To find out more about our NMS solution, download our free eBook below.