Network Performance Monitoring: The Good, the Bad & the Ugly 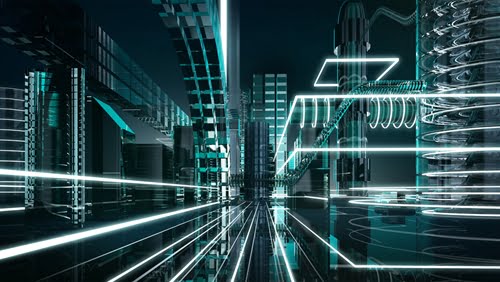 No matter how well-maintained and rigorously monitored your network may be, the reality is that, at some point or another, you’ll be dealing with network errors and troubleshooting. While there’s a lot to be said for proactively monitoring your network environment for signs that might lead to errors, anomalies or downtime further down the line, being able to deal with them when they arise is even more critical in running a consistently available and stable network.

An acute awareness of the most common network errors and their causes makes it easier to quickly identify and solve them when they arise, and stick to Service Level Agreements (SLAs) more easily. In this blog, we’ll look at what constitutes a good foundation for network systems and how this makes Network Performance Monitoring easier and more efficient.

Out with the old, in with the new: Make sure your equipment is up-to-date.

In an industry that moves as quickly as IT does, keeping tabs on the latest equipment is vital. While the cost of upgrading equipment regularly might seem like an unnecessary expense, the alternative is to be left with outdated hardware that poses a security risk and could result in it being difficult to keep up with increasing workloads. This doesn’t mean that you should throw all your hardware out as often as you can, but having a good network performance monitoring solution in place will make it clear when your old equipment is no longer up to the task of keeping your systems running as it should.

Waste not, want not: Keep an eye on your discard rates.

Discarding packets is part of any network device’s job description – and within reason, it’s expected. For example, packets tagged for a specific Virtual LAN (VLAN) will be discarded by a switch if it arrives at a port that hasn’t been configured to accept them. Networking hardware also typically discards packets when buffer memory is low. This could be the result of your Quality of Service (QoS) settings – for example, if a high-definition video call is consuming all the top-priority bandwidth, the router might discard packets from lower-priority activities like streaming media or Voice over IP (VoIP) calls, resulting in packets needing to be re-sent and causing latency.

Excessive discard rates are usually a sign that something is incorrectly configured on your network or that a port has access to insufficient bandwidth – using network performance monitoring software to keep an eye on your discard rates is vital in managing a stable and available network. High drop rates could also be an indication of faulty ports, so keeping an eye on how packets traverse the wire can reveal much about the health of your networking hardware.

These days, almost all networking operates on switched networks, meaning that each cable connects one device to another. Connected devices use separate pairs for sending and receiving data, which is known as full-duplex mode. Sometimes, however, some ports may be incorrectly configured as half-duplex, meaning they are only capable of either sending or receiving data at any given time. When this happens, packet collisions will occur as the ports attempt to use the same pairs to both send and receive data. In high-throughput enterprise networks, this can very quickly spin out of control. Your network performance monitoring software should alert you to duplex mismatches on your environment, and resolving the problem is as simple as switching the half-duplex port to full-duplex.