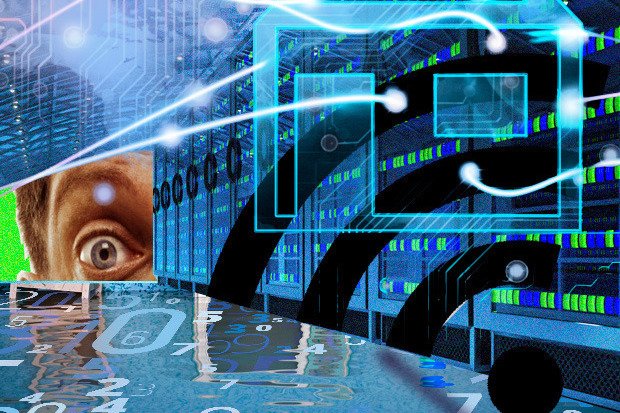 Welcome to our monthly Network News roundup! In this blog, we discuss a few of the most significant news stories in the networking world and what they mean for the future of network systems. In today’s roundup, we look at a human-free city built exclusively for IoT, a new memory technology that could last longer than the known universe has been in existence, terabit per second networks and more.

Pegasus Systems, a telecoms and defense equipment company based in Washington DC, has invested a reported $1 billion dollars into developing the Centre for Innovation Testing and  Evaluation (CITE) city, located in rural New Mexico. The idea behind the project is to build a medium-sized city with no occupants, for the sole purpose of testing potentially dangerous consumer technologies. This would allow companies to test these technologies in a safe, closed environment with no risk to human life or well-being. The focus of the project at this stage seems to be on automated vehicles and connected automobile technology – like last year’s now-infamous Chrysler hack – but the project website lists a host of other IoT-related technologies too.

Terabit per second networking is on the horizon

Even though 100Gbps is becoming increasingly common for internet backbone connections, the demands of the modern, data-intensive digital consumer (read: Netflix) are making it increasingly insufficient. However, there are some new technologies on the horizon that could see broadband internet speeds increasing dramatically in the next few years. First, The California Institute of Technology (CalTech) has developed a laser that is capable of delivering four times the number of bytes per second carried by existing fibre- optic backbone connections. But that isn’t the only technology competing for the future of the internet – researchers at the University College of London (UCL) used advanced Digital Signal Processing (DSP) to achieve a record speed of 1.125 terabits over a fibre-optic connection.

LTE Category M technology coming out as a chip for devices

With the IoT making its presence felt more and more each day, and the new demands it will place on network connectivity becoming clear , the need for a mobile data framework that can cater to this is becoming increasingly urgent. While LTE has been a staple for mobile connectivity for years, concerns over energy efficiency meant that it wasn’t the ideal solution for IoT devices. The answer to this is LTE Category M – a more lightweight framework for low-power IoT devices such as factory sensors and wearables. Earlier this week, the first LTE Category M chip – named Monarch – will be ready to ship when Category M devices go live later in 2016 or early 2017.

Earlier this week, IBM unveiled the latest addition to its z Systems series – the z13s mainframe. The new member of the family, which is IBM’s first new mainframe in three years, is designed to focus on real-time encryption and embedded analytics. To that end, it features faster I/O, an improved processor design and the capacity to address 10TB of memory. Additionally, IBM plans to package the mainframe with threat monitoring software that makes use of advanced analytics and multi-step authentication, allowing users to process many more cryptographically-protected transactions without compromising on performance.

New memory technology could store data for billions of years

According to a discovery in 2013 which is being formally presented at the International Society for Optical Engineering (SPIE) conference this week, glass and lasers could be the basis of a new memory technology that makes it possible to store data for up to 13 billion years – that’s just a billion or so years shy of the estimated age of the universe. The memory uses nano-structured glass and encodes data in five dimensions, and can fit an estimated 360TB (About 75,000 DVDs) on a standard disc. This new memory technology isn’t only long-lasting, it’s also extremely durable – it can reportedly withstand temperatures of up to 1,000 degrees Celcius.

If you’d like to know more about where network systems are heading in the future and want to know how best to prepare your network environment for the changes ahead, download our free Network Manager’s Guide to a Stable and Highly Available Network or contact us to find out more about our Network Management Software