5 Books every engineer must own for Network Security 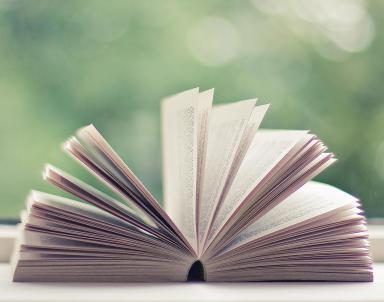 Whether or not you agree, research shows that the internet has made us lazy readers. The fact that you’ve made it to the second sentence of this article (assuming you haven’t already scrolled to the last paragraph or left altogether) probably means that your attention span is less eroded than most. Well done, you. There is a wealth of information online, and we’ve become somewhat lazy in our “Google-it” culture – but a significant portion of what we read online is of questionable authority and accuracy. And, at the right occasion, there’s still no substitute for an actual, paper-and-ink book. In this blog, we’ll look at five widely-acclaimed books that every network engineer should have in his or her bookshelf.

As a network engineer, barring divine intervention or some kind of global cataclysm, you’re going to be dealing with Linux for the rest of your life. Whether you’re an adept Linux user or you just know the bare minimum to get away with doing what you need, being able to consult a comprehensive guide is always useful. While there’s an abundance of information online on forums and websites, Kerrisk’s writing makes it easy to understand advanced concepts and complex commands. As the current maintainer of the Linux Man-pages project and having worked for the Linux Foundation, Kerrisk’s work is widely regarded as the definitive book on Linux programming.

In the same way that the Linux Programming Interface is required reading for mastering Linux, the Portable Command Guide is the network engineer’s go-to guide for using Cisco devices. Even the most experienced network engineers can be stumped by Cisco’s complex configuration commands, and this practical guide is invaluable as an overview of the various technologies, without being too bogged down with detail. Empson’s book won’t teach you how to configure Cisco devices from the ground up, but it will point you in the right direction when you’re in a bind.

As the inventor of some of the key algorithms and protocols that make up the content of this book, Radia Perlman’s insight into the way networks work the way they do makes this book one of the most informative and elucidating networking books ever written. The use of diagrams helps to explain some of the more technical concepts, as the contents mainly cover algorithms and protocols rather than hardware.

It’s becoming increasingly clear that network security is only going to become a more serious concern as networking becomes an integral component of our society’s infrastructure. When the first edition of The Hacker Playbook came out in 1999, it changed the networking security world by making penetration and vulnerability testing a real option for the masses. There have been several instalments in Peter Kim’s Hacker Playbook series, and each new edition remains on the forefront of network security threats and countermeasures. The Hacker Playbook is written in a style that is easy to follow, while still managing to cover every core aspect of penetration testing, making it the ultimate guide for novices and veterans alike.

While the CCNA Portable Command Guide covers the basics of using Cisco devices, Network Warrior makes no apologies for assuming a lot from its reader. There’s no coverage of basic Cisco commands whatsoever, and the book stays true to its tagline of “Everything you need to know that wasn’t on the CCNA exam” throughout. What it lacks in the basics, though, it makes up for in best practices and pro-tips for network veterans. The most valuable part of the book, though, is Gary Donahue’s wealth of insights and anecdotes of his 30-plus years in the industry. This might not be the ideal book for non-CCNA engineers – although it still has its uses in that respect – it’s certainly required reading for CCNA veterans.

For more advice on network reporting, network security and running a consistently available and optimally configured environment, download our free guide to managing a large-scale WAN or contact us directly.