The current state of networking: pitfalls of modern network systems 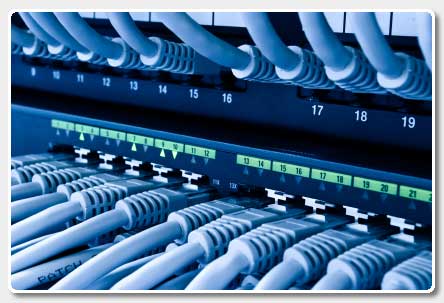 The current state of networking is an interesting place to be: On one hand, we’re on the cusp of some game-changing technologies that could transform the reality of networking as we know it. On the other, we’re hamstrung by legacy systems and protocols that require convoluted and often counter-intuitive workarounds to properly function within modern networks. There’s a lot of talk about the networking technologies that will shape a new generation of network environments, but less about the pitfalls of today’s systems that will need to be dealt with before any kind of networking golden age can become a reality. In this blog, we’ll take a look at some of the most serious impediments to modern network systems and their potential solutions.

One of the most significant contributing factors behind the device revolution has been the democratization of workforce-technology in recent years. While there’s a lot to be said for the value it’s provided to people around the world, there’s also a more pragmatic impact: the deluge of new vendors and equipment on the market today means there’s very little uniformity in terms of the way devices operate on a network. Since the majority of networks today cater to a variety of devices from different vendors simultaneously, it can be difficult for Network Management Systems to keep up with each vendor’s specific device requirements.

Another pitfall of network systems that comes with the variety of vendors and devices today is poor or outdated Simple Network Management Protocol (SNMP) implementation. Although SNMP v3 is widely available today and includes cryptographic security measures, many low-cost devices use the notoriously unsecure SNMPv1 and SNMPv2C protocols. What makes this even more of a threat to network security is the fact that many devices are pre-configured with default community string authentication, and failing to configure every new device that enters your environment opens your entire network to severe security risks.

IPv4 has overstayed its welcome

People have been proclaiming the death of IPv4 for nearly a decade, but as we approach 2016, most of the public internet still operates on hybrid IPv4/v6 services like Network Address Translation (NAT). The date for a cut-and-dry shift to IPv6 might seem perpetually out of view – and at this point it’s hard not to think of IPv4 doomsayers in the same way as the boy who cried wolf – but with the Internet of Things (IoT) at our doorstep and a projected 50 billion internet-connected devices by 2020, running out of IPv4 address space might soon become a reality.

The volumes of data in today’s network culture are staggering

As the amount of data we consume on a daily basis continues to increase, the means we have of processing that data will need to evolve to meet this new demand. When the public internet was taking its first steps and SNMPv1 and IPv4 were in their heyday, today’s ubiquity of broadband internet and the data-intensive culture we live in would have been more at home in a science-fiction novel than anywhere else. Early iterations of IP and SNMP were well-suited to the archaic internet of the 1990s, but in the context of the modern internet – and even more so the internet of the future – these protocols are hopelessly obsolete. To meet the challenges of future networks, such as sub-millisecond transfer rates and the ever-increasing need for data security, sticking with outdated networking protocols is not an option.

Equipping your network for the future is only possible when partnering with a Network Management Software provider that understands the challenges faced by today’s network systems. For more information on how to ensure your network is running as optimally as it can, download our free Network Manager’s Guide to a Stable and Highly Available Network today.