Network technologies of the future: 8 trends that could change everything 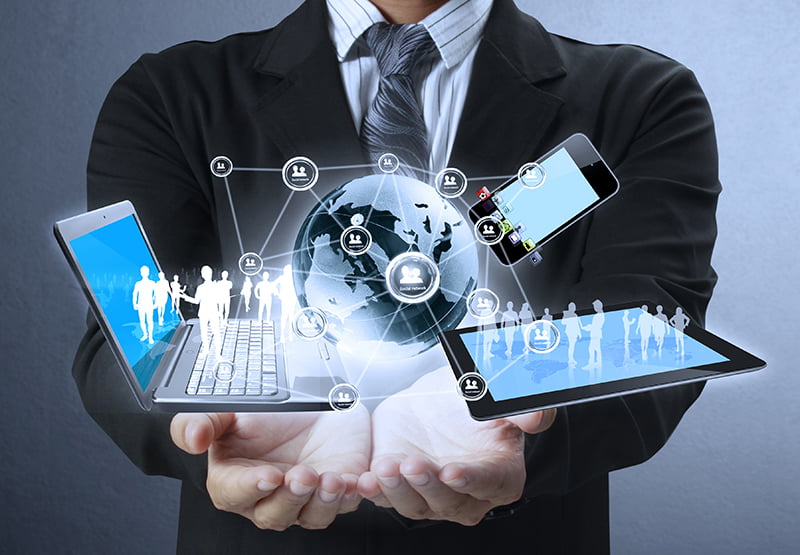 According to who you speak to, the next ‘big thing’ in network technologies could come from just about anywhere. In fact, there are a number of contenders – and any, none or all of them could end up living up to the challenge of taking today’s networks into the future. In this blog, we’ll discuss eight of the most interesting upcoming network technologies, and what they could mean for the future of networks.

When Internet Protocol (IP) was developed decades ago, the global, data-intensive internet was an inconceivable consequence. As a result, IP is plagued with complexities and inefficiencies due to network services being grafted on in order to bring it up to speed with contemporary networks. As a counterweight, the 4D Network research project, hosted at Carnegie Mellon University, aims to replace IP as the basis of computer networking. 4D, in this case, refers to four network planes: decision, dissemination, discovery and data. 4D networking takes a clean-slate approach to network control, and is guided by three principles: Network-level objectives that can be expressed as goals for the network in its entirety; timely and accurate network-wide views of topology, traffic and events; and providing direct control to network operators. If 4D does indeed overtake IP as the go-to networking protocol, it could have massive implications for networks as we know them – but given IP’s track record, we wouldn’t hedge our bets on that happening anytime too soon.

If 4D networking’s goals can be considered a little overambitious, Expressive Internet Architecture (XIA) represents a slightly more realistic vision of future network technologies. The XIA project aims to create “a single network that offers inherent support for communication between current communicating principals — including hosts, content, and services — while accommodating unknown future entities.” Essentially, this means that XIA will be a flexible, universally applicable system for network communication that mitigates the unnecessarily complex ad-hoc mechanisms that often characterise today’s networks.

Even though 4G has only been adopted into the mainstream fairly recently, it has existed in one form or another since 2006. The fifth generation of mobile networks will likely only become a reality for consumer networking by 2020, but the race to 5G is already underway. Though the standards for 5G still need to be set, there are already some foundational points that are guiding its development – namely, the capacity to deliver 1Gbps downlink initially, and multi-gigabit in the future; sub-millisecond latency; and increased energy efficiency over previous generations.

Researchers at the University of Washington are currently working on technology that allows ‘backscattering’ wireless signals. Vincent Liu describes the project’s goals as follows: “As computing devices become smaller and more numerous, powering them becomes more difficult; wires are often not feasible, and batteries add weight, bulk, cost, and require recharging/replacement that is impractical at large scales. Ambient backscatter communication solves this problem by leveraging existing TV and cellular transmissions, rather than generating their own radio waves. This novel technique enables ubiquitous communication where devices can communicate among themselves at unprecedented scales and in locations that were previously inaccessible.” Essentially, ambient backscattering aims to leverage existing wireless signals both for a source of energy and a medium for communication.

The death of x86 Architecture

While brands like HP, IBM and Dell used to be major figures in the workstation and server markets, Intel’s x86 chipset has all but taken over in the last decade – to the point that other providers have become glorified OEM resellers. Over the past few years, both IBM and HP have embarked on ambitious projects that aim to end Intel’s monopoly on server architecture. HP’s enigmatically titled ‘The Machine’ and IBM’s Power8 and OpenPower projects are directly aimed at undermining Intel’s x86 monopoly, and the results could send computing technology quantum leaps into the future – but the practical implications of having to rewrite software for an entirely new architecture could mean that this might be a little further off from becoming a reality than we’d like to think.

Though it isn’t strictly in the realm of network technologies, another imminent shift in computing is the move away from silicon as the material of choice for semi-conductors. Moore’s Law states that over the history of computing, the number of transistors in a densely integrated circuit doubles approximately every two years – and the size and speed of today’s devices are operating near the physical limits of silicon. Diamond, however, can run five times hotter than silicon without performance degradation, and is 22 times more efficient at transferring heat – meaning it can be cooled far more quickly. Currently, diamond semiconductors are capable of delivering one million times more current than conventional silicon semiconductors.

There have been murmurs of the Internet of Things (IoT) for the past few years, but it’s been enjoying centre stage in recent months, as its position in the 2015 Gartner Hype Cycle Report

[YB1] makes clear. Although it’s a way off maturity and can still be considered a future network technology, Internet of Things tech is already making significant inroads into the mainstream, with recent news stories like the Chrysler hack and consumer devices like the Onion Omega entering the public consciousness. With the device revolution already causing concern over IP addressing space, and a projected 75 billion internet-connected devices by 2020, the IoT could have massive implications for network management.

Although this has less to do with network technologies than it does with customer expectations, uptime and transfer rates will become critical to the way the world of the future operates. As we become increasingly dependent on data and constant connectivity, and as more of our ‘offline’ world comes online, anything less than 100% uptime will become a threat to the proper function of society. By the same token, the exponential increases in data transfer speeds will mean that sub-millisecond transfer rates will be a reality in future networks, and network management and monitoring software will have to rise to this challenge.

The future of networking is an exciting place to be. IRIS is a truly future-facing network provider that is committed to meeting the demands of tomorrow’s networks today. To find out more about how to gear your network for the challenges of the future, please download our free Guide to WAN Metrics or contact us for more information about our network management software.