The 2015 Future of Open Source Survey: Everything you need to know. 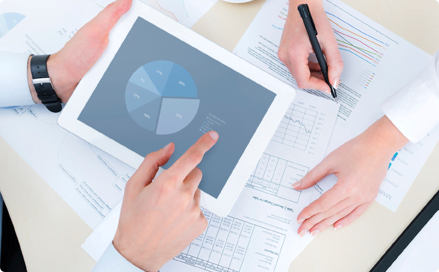 In years gone by, Open Source software was seen as a way to circumvent compulsory cheques being sent to the big players of the IT industry. Barring a few that have stumbled in the race to lead the market, the same tech-giants still rule the roost. The tide has, however, shifted drastically.  This year, the Future of Open Source Survey has shown some rather startling and revealing results.  From its inception nine years ago, overall market perception has shifted drastically and enterprises are increasingly taking part, not only in the survey, but in the development of new Open Source software and technologies.

A Forbes article points to a technology that is on the rise, and being used more and more by bigger companies. With year-on-year increases in its market foothold, it would be wise to consider how Open Source software can benefit your company.

Let’s unpack some of these statistics and find out what lies beneath the surface of Open Source software:

The Future of Open Source survey was launched in 2007 as a way to look into the minds of IT professionals and track the growth of Open Source adoption in the market place.  The survey has since gained momentum and this year, over 1300 respondents weighed in to provide relevant industry statistics for Open Source technologies.

This is a significant figure, especially considering that Open Source has gained ground on its proprietary counterparts year-on-year.  From the smallest piece of software running on a user’s desktop to enterprise solutions on a global scale, Open Source has something to offer in every facet of the IT segment. This shift is not only based on financial implications, but also a developing trust in the technology. Another startling fact is that less than 4 percent of companies do not use open source at all – implying that more and more IT professionals and procurers are looking at Open Source technology for a scalable, cost-effective and secure solution.

With businesses looking for leaner solutions in terms of both operational and fiscal concerns, trusted Open Source solutions are increasingly being considered as viable strategic tools to boost performance while keeping costs sensible. Forbes recently ran an article that indicated that although just a few years ago Open Source was considered taboo in many circles, it’s now much more top-of-mind when discussions around new technological investments are underway. What’s more, the reasons for this increase in engagement are changing too. According to the past two Future of Open Source Surveys, businesses are increasingly adopting Open Source software for its operational benefit rather than financial savings. In fact, according to a 2007 study by Gartner, 80% of respondents cited the low cost of Open Source software as their primary reason for adoption – versus 80% of respondents in the 2014 FOOS survey who cite high quality as their primary reason for shifting to Open Source.

For years, those in the industry have proclaimed that Open Source is intrinsically more secure, and this was finally reflected in this year’s survey results. And unlike proprietary software, thanks to the ability to make changes on the fly, vulnerabilities can be patched up as soon as they are detected.

Open Source is shifting into higher gear. Keeping up is the challenge.

The figures in the 2015 Future of Open Source Survey indicate that Open Source is a technology that will grow from strength to strength within the next few years. This is exciting news for all IT professionals looking to monitor their networks in a secure, cost effective way.  In some instances, going with proprietary software can be a grudge purchase. Thankfully, with Open Source, the process is far more democratic. At Iris, our Netflow Analyser and Network Management Software has long supported Open Source technology such as FreeBSD, Apache, Bootstrap and many others.  Isn’t it time you did the same