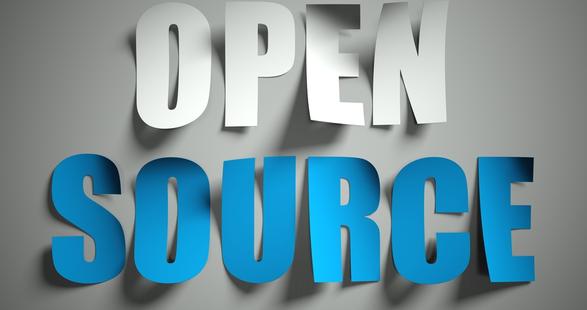 Currently, open source software is one of the biggest global trends, not only in software, but throughout the business world. While opinion is polarised in many respects, the disagreement usually comes down to pragmatic concerns over the quality, reliability and feasibility of the software in question. These are all valid points, but what are the long-term implications of open source software, and what should we do about it? Will the hype blow over in the next five years, or are we witnessing a movement that will fundamentally change the way business – not just in the IT sector, but business itself – operates?

A brief retrospective of open source software, and where it stands today.

Whatever your views on open source software may be, it would be difficult to deny that it’s a universally hot topic. To a certain extent, there have always been open-source communities throughout the IT world, with early examples like Linux and FreeBSD paving the way for the open source software revolution, in the midst of which we find ourselves today. But it wasn’t until the release of Netscape Navigator’s source code in 1997 that the term “open source” was coined, and subsequently the term remained more-or-less restricted to the IT world for the better part of two decades, in the form of the Open Source Initiative (OSI). More recently, moves by companies that are less directly tied to the IT industry and more directly in the public eye, such as Tesla Motors releasing all their patents, have made open source software a familiar concept in the public consciousness.

What are the arguments against open source software?

It’s little surprise that open source software is met with resistance from many established names in their respective industries. By its nature, open source software is at loggerheads with traditional software companies, as well as established models of business in general. Peter Levine, partner at Andreessen Horowitz, summarises this view concisely in an article on CIO.com: “Levine says the conventional open source business model is flawed: Open source companies that charge for maintenance support, warranties and indemnities for an application or operating system that is available for free simply can’t generate enough revenue. That means open source companies have a problem investing in innovation, making them dependent on the open source community to come up with innovations.”

Allowing public access to your software’s source code also fosters a better sense of community around your product, and from a strict business perspective, turns customers, both potential and existing, into valuable team members. Dan Mihai Dumitriu, CEO and CTO at Midokura (a networking software company that recently changed its proprietary software to open source) explains his motivations as follows: “With the adoption of open Infrastructure as a Service (IaaS) cloud, we also saw Ceph gaining user traction and users showing a strong preference for open source storage solutions over proprietary in block storage. We took a step back to consider our own market and saw a gap for an open source networking solution. So we took the leap by open sourcing the code behind MidoNet so that open source MidoNet can take the lead in the virtual networking category, much as OpenStack and also Ceph are doing.”

Where will open source take us in the future?

So what does this mean for the future of network management software, and software in general? For the moment, all it means is that there is a growing consciousness of open source software in several contexts, and that if this movement continues to grow, deciding whether to open your code to the public domain could become an important business decision. Open source and profitability are not mutually exclusive, and many companies are proving that in practice. Whether it will come to redefine or only influence the future of software is anybody’s guess, but the next few years should see some interesting developments at the very least.