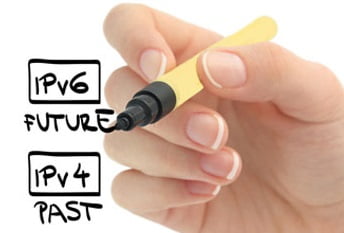 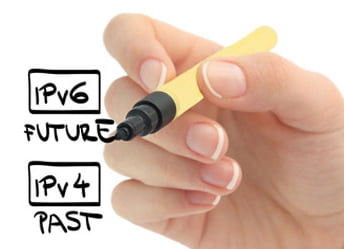 IPv6 isn’t the new kid on the block, by any means. In fact, the “new” protocol has been ready for deployment since 1998 – but if the switch to v6 is as inevitable and urgent as we’ve been told, then why are we still using IPv4 technology nearly twenty years later?

The truth is this: Yes, we have been faced with the limitations of IPv4 addressing for many years, and yes, it is becoming increasingly urgent that we make the shift to IPv6 before we run out of v4 address spaces. In fact, the only reason this hasn’t already happened is thanks to technologies such as Network Address Translation (NAT) that allow several devices to share the same public IPv4 address. But with the growth of the Internet of Things (IoT), the globalised culture of the internet, and Bring Your Own Device (BYOD) office environments, the shift to IPv6 has taken on new urgency.

This article will take a look at some Network Architecture concerns in light of the imminent shift to IPv6.

This time, the shift to IPv6 is really happening

At this point, you’d be forgiven for thinking that the IPv4/IPv6 crisis is the contemporary equivalent of the Y2K bug scare: a looming date at which the internet will mysteriously cease working, all because we didn’t get our act together in time. This is, of course, not the case. But there are some very real concerns about moving to IPv6, not least of which is the dramatic increase in address usage with the implementation of IoT technology and the continued growth of the internet around the globe. According to this article on InternetSociety.org, Apple is shifting to an exclusively IPv6 Network Architecture with the upcoming release of iOS 9. The reason for the move is that more and more carriers around the world are switching to IPv6-only addressing – meaning that any applications that don’t work on IPv6 will simply not be able to function for those networks, and, as a result, those customers. It’s clear that many other major players in the field are coming to the same conclusion, as everyone from Google, to Facebook, to Cisco, to AT&T have already geared their networks for permanent IPv6 functionality.

How will Network Architecture be affected by IPv6?

The most obvious feature of IPv6 is its dramatically increased addressing space over IPv4. While IPv4 uses the decimal system, and is capable of addressing up to 4 billion devices (Without the help of address translating technology), IPv6 uses a hexadecimal system which results in a number of addresses so large, it defies human comprehension. But another departure from IPv4 methodology is that IPv6 addresses are dynamic – an IPv6 host can generate its own address, check its availability, and use it if it is available. This is due to the way IPv6 addresses are composed: The first 64 bits of the address specify the subnet prefix, while the last 64 bits specify the interface identifier – meaning that only the first 64 bits need to be unique only to the subnet to which the host connects. This has numerous Network Architecture implications, including the fact that address management will be automated – to a certain extent. For applications that use hard-coded IP addresses, this could present a monumental problem, and engineers should be aware of the fundamental incompatibility of hard-coded IPs within the IPv6 framework.

While many networks today use Dual Stack deployment models, the increase in demand on your network environment from using two separate addressing protocols, as well as the inherent limitations of IPv4, make this a counterproductive solution. IPv6 also includes built-in IPsec features, so overlaying security protocols on top of your IP is quite likely a thing of the past – IPsec is included as an optional header, so it is not hard-coded into the protocol, but incorporating security and encryption measures will be a far easier practice.

Being well-prepared is always the best defence

Although IPv6 has some radical implications for Network Architecture and app management, it’s important to return to the sentiment with which we started this article – IPv6 is, by no means, a brand-new technology. Its official launch was more than three years ago, and its inception happened nearly two decades in the past. With that in mind, sympathy can only be offered to a certain extent: we’ve all had ample warning that we’d be re-thinking our Network Architecture with the arrival of IPv6. For those who heeded the warnings in time, the transition to IPv6 could be a much smoother one, as changes to Network Architecture and capacity planning methods could easily have been made incrementally since the announcement of IPv6.

Shifting to IPv6 is no trivial matter, and the considerations to your Network Architecture will need to be thoroughly thought out. Partnering with a service provider that understands the importance of shifting to IPv6, and one that can provide you with the tools you need to make the transition as smooth as possible should be your first port of call. IRIS offers IP management tools that cater to both IPv4 and IPv6 frameworks, and have the expertise and experience to help you gear your network for the future. To find out more about what IRIS can offer you, please download a free trial of our software today.