Network planning: can ISPs in developing countries keep up with business demands? 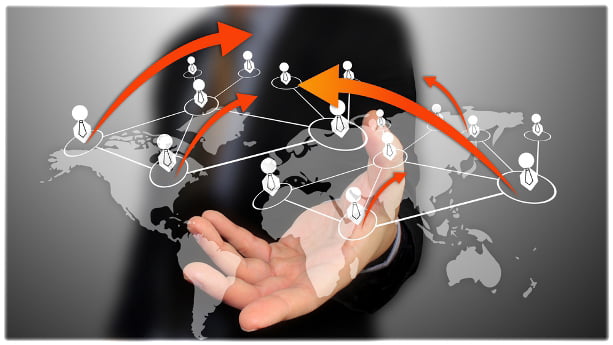 Imagine the logistical implications of trying to run a pre-internet business in today’s global economy. There may be a minority of businesses that operate without internet in the 21st century, but it’s no stretch to say that internet connectivity has become fundamental to the survival of the modern business. The most meaningful change that the internet has made to business is, arguably, is the prospect of having access to a global marketplace from any corner of the Earth – but until the economic inequalities of the world are solved, developing countries will always be on the back foot when it comes to technological infrastructure. The major network planning challenge faced by many developing countries is whether local Internet Service Providers (ISPs) are able to handle the increasingly data-heavy demands of future business.

Internet connectivity in most developing countries is more widespread than most would think. The difference, though, is that in Africa and many developing Asian and Eastern countries, mobile internet is far more popular than conventional channels. The most obvious drawback to this, however, is the obvious limitation in utility and computing power that comes with using handheld devices. While smartphones and tablets are revolutionising the mobile internet’s potential, many of the biggest market segments in developing countries use older technology that is incompatible with smartphone services.

ISPs in developing countries need to be adaptive

To survive the demands of future markets, ISPs need to acknowledge a core feature of developing economies: they develop. Within the next few decades, countries in transitional periods today could become first-world in their network planning demands. To have any hope of meeting these demands, ISPs in developing countries should adopt far-sighted forecast plans and continually revise their network planning practices.

The future’s economy depends on data

Meeting the demands of future networks is not only a matter of keeping up with technology in developed countries – failing to provide the necessary infrastructure for businesses to operate properly could have crippling consequences for a nation as a whole. While this is largely the responsibility of ISPs, telecoms companies need to have an equally firm hold on network planning requirements. Developing countries of today should be gearing themselves for a much more data-heavy future and investing accordingly in communications infrastructure.

Versatility is essential for ISPs of the future

With internet connectivity split between mobile and desktop channels in many developing countries, ISPs will have to think outside the box when it comes to infrastructure development. At present it’s more common, not to mention cost-effective, to provide broadband solutions through traditional telecommunications infrastructure, but the rising popularity of mobile internet for business purposes may force ISPs to explore network planning solutions that cater equally to static and mobile devices.

Public Wi-Fi is already becoming a staple in many first-world cities, and there is an opportunity for a similar, more far-reaching solution in developing countries. Should this become a common feature of internet infrastructure in developing countries, it would revolutionise connectivity in the third world and quickly spill over into more developed countries.

How do we align the present with the future?

The future of network planning in developing countries is clear, but that future can only be accommodated if sufficient development is made to the network infrastructure of the present. Many developing countries are currently performing a precarious balancing act of under-catering to a minority of data-heavy businesses while not wanting to waste resources by over-catering to the mass market. The economic success of the third world in the near future will be decided in part by how well ISPs provision their network capacity for tomorrow’s demands.

Network planning is an increasingly important discipline for businesses in the 21st century. Budgeting network resources will be as important as financial budgeting for companies in the future, and companies in the IT and telecoms industries will start to appreciate this fact sooner than others. To find out how your business can use network management software to ensure a stable and highly available network, download a free copy of our guide today.