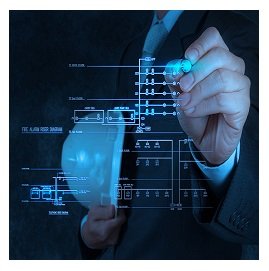 In the late 1990s and early 2000s, before the onset of the economic crisis, many IT companies were experiencing an unprecedented boom in network and staffing capacities. The rate of growth in many businesses was so high that network capacity planning was typically modelled on managing this growth at any cost – usually by over-provisioning server space and over-budgeting for IT equipment and services.

The economic landscape of 2015, however, is entirely different. Most IT managers aim to expand the amount of services and applications available while simultaneously keeping costs to a minimum. Wasted networking resources, especially in IT organisations, can hinder a business by slowing line speeds, impeding productivity and, ultimately, reducing profits. Rather than over-budgeting server space and wasting resources, today’s model for network capacity planning is focused on getting the most out of underutilised IT resources at the lowest possible cost to company.

After the economic crash of 2008, there were some major changes to network capacity planning methodologies. Business owners today are constantly challenged with minimising waste and maximising efficiency, and the IT industry is no exception. In contrast to the methods of the boom years, today’s focus is on downsizing rather than growth. It may seem counterintuitive to invest in new technology as a means of cost saving, but a small infrastructural investment can result in substantial savings and benefits over time.

The benefit of a digital marketplace is that all your company’s data is on record and measurable. For many businesses, though, this remains an untapped resource. Being able to make accurate and detailed measurements of network usage and capacity is crucial to understanding your company’s networking requirements, and also allows for accurate predictions about periods in which you may need to allocate more bandwidth or server space. Identifying periods of growth ahead of time allows IT managers to allocate the appropriate resources for the period without impacting the long-term finances of the organisation.

Another major change in network capacity planning methodology is the move away from traditional server-by-server resource management and towards “virtualised” server environments. New technologies allow servers to pool their resources together, enabling devices on the company network to draw from a virtualised collective infrastructure, rather than a dedicated hardware. This is particularly beneficial as it allows multiple servers to combine resources, resulting in higher processing power for at less cost.

The long-term implications of virtualised servers are significant – homes and businesses of the future may draw only the capacity they need from a centralised grid of resources in much the same way that water or electricity is drawn from a local utility. Within the next decade, responsibly provisioning server resources will likely become one of the major factors in how efficiently and profitably a business runs.

Choosing your Plan A

How exactly you choose to plan your business’ network capacity requirements will come down to the business itself. The size of your business, its dependencies, number of devices connecting to the network, and rate of growth all influence capacity planning – and in turn, having an accurate network capacity plan makes it easy to determine how requirements will change when the contributing factors (such as the number of devices connected to the network) are altered. Some network capacity management suites offer the ability to model environments and test a variety of variables, which allows for experimenting with different configurations without having any real impact on network performance.

Ultimately, having a stable, well-managed and consistently available network is essential in any business, and invaluable in an IT organization. Iris offers a downloadable, free network manager’s guide which covers many of the most important aspects of network capacity planning, including network optimization, trend analysis, network security, WAN optimization and the importance of effective Network Management Systems. Click here to request a copy of our Network Manager’s Guide and start learning how to get the most out of your network today.