Thanks to virtualisation, server uptime shouldn’t keep you up at night anymore 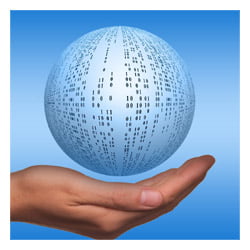 There aren’t many things that technology pros dread more than the realisation that a vital production server has given up the ghost – with a restoration time of a few days. These types of situations usually lead to some very uncomfortable conversations behind closed doors. Thankfully server uptime, redundancy and availability doesn’t have to be the feared bogeyman it was in the days of Windows NT Server. With the technology available today, the IT manager of the 1990’s would consider today’s techies a little spoilt for choice.

With the advent of technologies such as virtualisation, clustering and cloud solutions, businesses are able to continue functioning without experiencing even the slightest delay when infrastructural problems occur in the back end. Here’s a look at how virtualisation has contributed to the new ways we are building the networks of today.

Arguably one of the most important arrivals on the technological scene in recent years, virtualisation has transformed the way we think about computers. Virtualisation has given us the tools to deploy servers within minutes, easily mirror critical resources for high availability and maximise hardware resources.

Prior to virtualisation entering the mainstream, servers were often dedicated to a single application or resource, resulting in high footprints and IT expenses for the business. Today, IT managers can easily deploy multiple application and resource servers, all running on a single physical server without too much concern about overload. Server virtualisation has increased return on investment, reduced data centre footprints and introduced new flexibility in the design of modern networks.

DRP in a virtualised world

Backup and DRP approaches have also evolved alongside virtualisation quite nicely. In the days when tape backups were pretty much the only medium of choice, backup and restoration times were a real factor for IT admins, and juggling very large volumes of data to and from tape was arduous. Backup to disk technologies came with their own challenges such as, portability and extended backup and restore times. With virtualisation, administrators are able to take snapshots of entire servers at points in time of their choosing.

Incremental snapshots are much smaller and allow for far more flexibility in shaping DR solutions. Tape backups didn’t provide a whole lot of agility in terms of DR, whereas live migrations of resources to accommodate load balancing, or moving workloads from failing servers are now easily done in virtualised environments. This flexibility that virtualisation has given IT staff present opportunities to create networks in which server uptime concerns are sharply diminished.

Virtualisation paves the way to the future of networks

Companies that adopt virtualisation strategies have gained an upper hand in the ongoing attempt to provisioning servers and their associated resources timeously and reliably. When server uptime and availability are of paramount importance with hairline margins for error, virtualisation offers new ways of overcoming traditional obstacles associated with physical environments.

With cloud adoption becoming more of a norm than an exception nowadays, virtualisation helps prepare businesses for adoption of cloud solutions. As our networking environments change thanks to the evolution of tech, IT departments will enjoy opportunities to address traditional concerns in new and innovative tools.