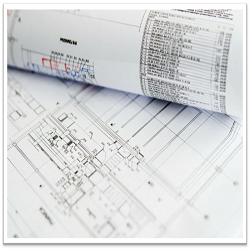 Network Functions Virtualisation (NFV) is an IT architecture concept that leverages virtualisation tools to virtualise network nodes such as routers and switches and their individual functions. When linked together, these virtualised nodes effectively perform the roles of a group of physical network devices.

This departure from traditionally physical IT architecture implementations offers enterprises and service providers much more flexibility and scalability at lowered costs. NFV enables service providers to rapidly expand their networks, minus the constraints of hardware dependence since these services can be virtualised on standard server hardware. Examples of NFV include virtualized load balancers, firewalls, SIP controllers, intrusion detection devices and other enterprise devices.

Here is how NFV technologies help build a more flexible IT architecture.

In our previous blog, we discussed how Software Defined Networking (SDN) is reshaping the way large networks will function in terms of how control data is manipulated by means of programmable SDN controllers. These programmable controllers facilitate closer monitoring and management of the network and also allows for manipulation of routing tables, effectively removing the decision-making process from the hardware.

NFV and SDN complement each other in the sense that both technologies offer service providers and data centres smarter ways of expanding their IT architecture with reduced financial and labour intensity associated with traditional networks models.

This virtualisation and stacking of services, coupled with much more granular control over the control plane, makes for much more flexible, scalable and affordable networks. On a large scale, the benefits of NFV really pays off for the investor.

Building flexibility into tomorrow’s IT architecture

SDN and NFV have advanced and enough to make big networking and hardware vendors stand up and take notice. Cisco, Juniper Networks, Intel, HP and Dell, to name a few, all have made varying efforts in terms on R&D around SDN and NFV.

NFV is expected to deliver services much faster and with little dependence on the network. With virtualized network functions and centralized switching and routing control, the ability to move bandwidth, processing and storage resources required to where they are needed is a possibility. This holds the promise of increased revenue and market expansion for service providers in a climate where the provider who delivers faster bandwidth at consistent levels is the one who gets the customer’s money.