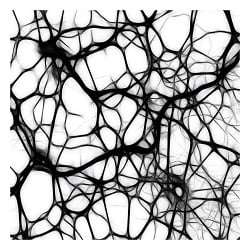 One of the most astounding things about the internet is how it never ceases to evolve and continue to be the source of other innovations, finding its place in the digital world. New developments in back-end network technologies are also quietly making their way on the scene, and sometimes one comes along that promises to change things up considerably; just like the internet did a few years ago.

For end users, what happens behind the enter button stays behind the enter button. However, in networking circles the conversation has been dominated somewhat by Software-Defined Networking (SDN), which emerged in 2013. SDN is an approach to networking that sees the removal of control from routers and switches and given to programmable software-based SDN controllers in an open environment. This improves management over data flow, application delivery, network monitoring and automation of tasks.

With SDN, the actual networking decision-making is removed from network devices, and facilitates more programmable controls over the network – resulting in better performance, tighter control and more powerful management functions.

What makes new network technologies such as SDN so important?

The arrival of cloud solutions and mobility’s onslaught leaves service providers with challenges in delivering consistent world class services. In addition, the demand to leverage big data in the enterprise environment places unparalleled strain on network infrastructure that are struggling to keep up with the influx of new network technologies. If there’s one thing that’s for sure, it’s that the demand for faster and more reliable bandwidth won’t subside any time soon. Hardware giant, Intel has embraced the SDN concept, and with its Open Network Platform (ONP) has made some considerable R&D commitment to SDN.

Here is a great explanation by Intel about how it approaches SDN and NFV as the technology that will change the way networks perform on a fundamental basis. Enterprises and carriers stand to benefit from SDN technology by exercising tighter security controls, increasing application delivery times, manage bandwidth and data flows and perform improved infrastructure monitoring – all with less concern about network hardware particularities.

SDN and NFV brings new ways of networking to the table

Dell’s SDN whitepaper explains the company’s approach to the concept and its implementation of SDN products and says that “…environments need the ability to automatically provision this variety of workloads and ensure that the connectivity, performance and policy requirements of each application are delivered dynamically and enforced consistently.” The automation and orchestration capabilities in SDN makes management of dense multi-tenanted data centres simpler in a time when back-end technology is placed under increased pressure to provide services. SDN and network virtualisation technologies appear to be the sure candidate as a replacement to how we previously built networks.