What does the self-healing network of tomorrow look like?

The self-healing network of the future will serve to minimise the human effort and cost involved in locating the causes of failure in complex network systems. We may be years away from seeing networks that are intelligent enough to monitor, identify and correct glitches when detecting them, but research around the self-healing network is an ongoing effort.

Complex networks can be expensive to manage and require a large IT staff count. In addition, the time it takes to identify root causes and take corrective measures can result in more lost revenue for businesses. Self-healing would serve to cut down, or almost entirely eliminate the problem resolution process. 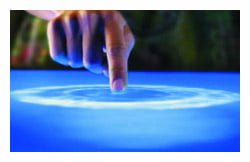 How would a self-healing network actually work?

A self-healing network would be based on real-time, robust monitoring capabilities on every single node in its environment. Self-healing relies primarily on the constant intake of live data about environments and the evaluation of that data against thresholds. Once thresholds are exceeded or a physical outage of a device occurs, an alert would initiate corrective action taken by the system. If, for instance, a router is experiencing high CPU usage that results in lost data packets, the system would be notified and quickly re-route packets via a path that bypasses the ‘faulty’ routing device. All this would occur in a matter of minutes and network traffic flow would be restored to normal.

Interestingly, a large amount of research and testing of this type of self-healing in power grids is happening in the United States with some remarkable results.

This type of self-healing network would only be possible with the aid of advanced network management software that is able to monitor a wide array of devices and take corrective steps when problems or warnings are detected. Network management software available today already has the capability to perform monitoring, reporting and alerting functions, but stops short of actually resolving problems, leaving remedial action to IT staff.

This is not to say that network management software solutions won’t be capable of resolving problems on networks in future. IRIS NS has already achieved success in building self-healing capabilities into its network management software. The system is able to recover from most errors without requiring user intervention, thus minimising troubleshooting time and allowing for IT staff to focus their energy and time on more proactive tasks.

We may not have reached the age of the self-healing network yet, but with network management systems such as IRIS that are capable of recovering from most errors by means of self-healing, network monitoring software that actually identifies and resolves network problems may not be that far away.